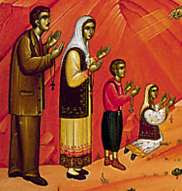 Our lack of wholeness also affects our concept of the family. In our culture each member of the family is primarily concerned with his own private interests. Parents nurture a spirit of individualism which, in our day, has spawned such ideas as "Women's Liberation" (a term which Kireyevsky knew and analyzed) and "Gay Liberation". This lack of cohesiveness in the family has produced the most lifeless and sterile of environments for our children to grow up in: most homes are dominated by a television, which is often used to baby-sit children even when parents are at home. At the time of writing, 40% of American mothers work full or part-time outside of the home. As a result, children are encouraged to develop more and more outside interests which take them away from the home and the rest of the family as they "do their own thing." In the 20th century, the home has really become only a "house"-a place in which people take their meals and sleep.

Kireyevsky contrasted this with the Orthodox home in which parents are actively involved with the rest of the family and where children are taught to live and work for the good of the whole family; where parents put selfish or private interests after the goal of creating a warm, living environment in which children actually learn more from the parents than from school or their peers.

In a western family, the members rise in the morning and quickly scatter to their separate pursuits, returning home at different times in order to eat a quick dinner before again leaving to spend the evening elsewhere, in worldly pursuits. In the Orthodox family, the members awaken and gather before the household ikons while the father reads all or some of the Morning Prayers. Meals are taken together, with the parents presiding over and directing conversation. If there is a television at all, it is used with the greatest caution and parental control. Most evenings are spent quietly, either preparing for a feast or a fast, or in some other productive and family oriented activity. Parents read aloud the lives of the saints to their children.

Some have the pious custom of encouraging a child to read a saint's life aloud at a meal (often at Sunday dinner).

"For just as with a general when his soldiery also is well organized the enemy has no quarter to attack; so, I say, is it also here: when husband and wife and children and servants are all interested in the same things, great is the harmony of the house. Since where this is not the case, the whole is oftentimes overthrown and broken up by one ... and that single one will often mar and utterly destroy the whole."

Source:
A Man Is His Faith, p 40
by Rev. Fr. Alexy (Hieromonk Ambrose) Young
About the writings of Ivan Kireyevsky 1806-1856
Posted by Agapi en Xristo 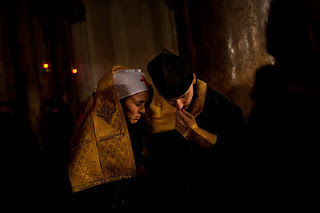 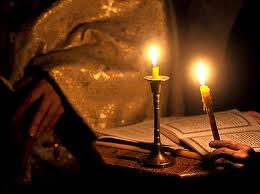