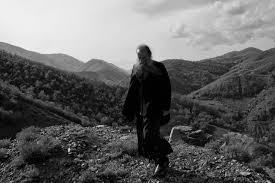 Until the end of the world…( St. John Chrysostom )

Do you not hear the Lord saying: Where two or three are gathered in my name, there am I in their midst? Will he be absent, then, when so many people united in love are gathered together? I have his promise; I am surely not going to rely on my own strength! I have what he has written; that is my staff, my security, my peaceful harbour. Let the world be in upheaval. I hold to his promise and read his message; that is my protecting wall and garrison. What message? Know that I am with you always, until the end of the world!

Can a sinner repent of his sins in ten days? 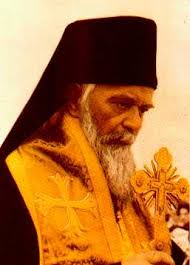 Can a sinner repent of his sins in ten days? According to the immeasurable compassion of God he can. During the reign of Emperor Maurice, there was a well-known bandit in the vicinity of Constantinople. He inspired fear and trembling both within the capital and without. One day, the Emperor Maurice himself sent the robber a cross as a sign of faith that he would do him no harm if he surrendered. The robber took the cross and surrendered. Arriving in Constantinople, he fell before the feet of the emperor and begged for forgiveness. The emperor kept his word, had mercy on him and released him. Immediately after that, the robber became gravely ill and sensed that death was drawing near. He bitterly repented of all his sins and tearfully prayed to God that He forgive him, as the emperor had forgiven him. He shed so many tears at prayer that his handkerchief was completely soaked. After ten days of weeping and praying, the repentant man reposed. The same night he passed away, his physician saw a wondrous vision in a dream: when the robber had given up his soul, there gathered around him black, manlike demons with pieces of paper on which were written all his sins. Two radiant angels also appeared. The angels set a scale between them, and the joyful demons placed all those papers on it, weighing down their side of the scale; but the other side was empty. The angels held counsel: ``What shall we place on it? Let us seek something good in his life!'' And then that handkerchief soaked with tears of repentance appeared in the hands of one angel. The angels quickly placed it on their side of the scale and it outweighed all the demons' papers. Then the black demons fled, howling sorrowfully, and the angels took the soul of the repentant thief and carried it to Paradise, glorifying the man-loving God.
By Saint Nikolai Velimirovich.
Posted by Agapi en Xristo Links to this post